You are here: Home / News / In Memory of Titan 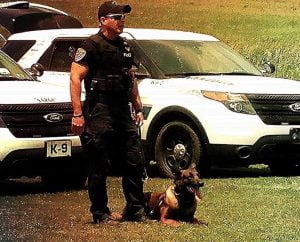 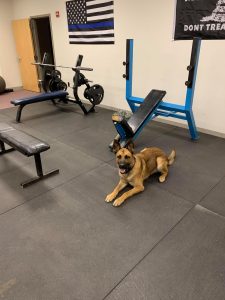 “The group of K9 officers are also family”

When Titan, the Johnstown Police K9, was killed in the line of duty, it wasn’t just his handler who mourned. The Johnstown Police K9 family—three other K9s and their families—were heartbroken, too, and still are. The broader community came together to show support, with a police escort that brought hundreds of people to the streets to show their respect.

Now supporters of the K9 Unit, who work to raise money for the unit year-round, are offering another way for the community to express their support. Carey Chiodo, who is married to Johnstown Police Officer Ryan Chiodo, is among a group who have been selling holiday ornaments to support the K9 Unit. The unit operates on donations alone—from vet bills to covering training and certification to purchasing the unit’s Belgian Malinois. Through CFA, they will be raising money to support the K9 Unit’s expenses and offer those who have stepped up, wanting to help, an opportunity to give.

“It’s devastating,” Carey says. “These guys are so close. It’s not just a department. The group of K9 officers are also family.”

Many people don’t realize that the department’s K9 unit is funded through gifts and donations only, she added. Johnstown Police K-9 Unit Fund was established in 2011 to help sustain the unit. Since Titan lost his life on Sunday, Carey says, they’ve heard from many people who want to help in any way they can. The existing fund offered an avenue.

“My husband just yesterday had two people from out of state asking how they can contribute,” she says. “The outpouring from so many people, and all across the country, has been amazing. Even yesterday, for the escort. People were lining up with their own dogs, with flags, showing their love and support is just phenomenal.”

All current gifts to the fund will be made in “Memory of Titan.”