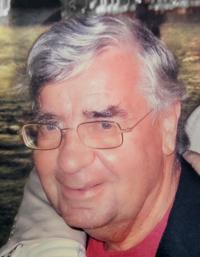 It’s with deep sadness that we note the passing of CFA founding board member Gary C. Horner, Esq. We and our community owe a great debt of gratitude to Gary.

In his longtime role as former senior partner at Spence, Custer, Saylor, Wolfe and Rose Attorneys at Law, Horner helped shape the Community Foundation as part of a group of forward-thinking leaders who decided our community needed an avenue for anyone to serve as a philanthropist. Through community foundations, individuals, and companies can support their community’s existing needs as well as those that the future may hold, thanks to professionally managed endowments.

Such a model had never existed in Johnstown prior to CFA’s founding in 1990. Gary was not only active in establishing the Foundation, he stayed on as a board member for the past 30 years, serving as Secretary.

His son, Matthew Horner, said his father was a remarkable man, always dedicated to helping his hometown.

“He was proud of Johnstown, and it was his beloved home for all but a few years of his life,” he said.

A graduate of Westmont High School, Juniata College, and the Dickinson School of Law, Gary was active in the community throughout his life. In addition to his service at CFA, he was also former President and Solicitor of the Johnstown War Memorial, a board member of Johnstown Symphony Orchestra, and a two-time president of Sunnehanna Country Club.

Through CFA, his legacy lives on and we are thankful to have known him and worked by his side for many years.

“Gary created the founding documents of the Community Foundation, and he was a valued and steady influence in its governance and growth over the years,” CFA President Mike Kane said. “In this way he has left a long lasting legacy to the community that will be remembered.”

Donations can be made in Memory of Gary by CLICKING HERE.