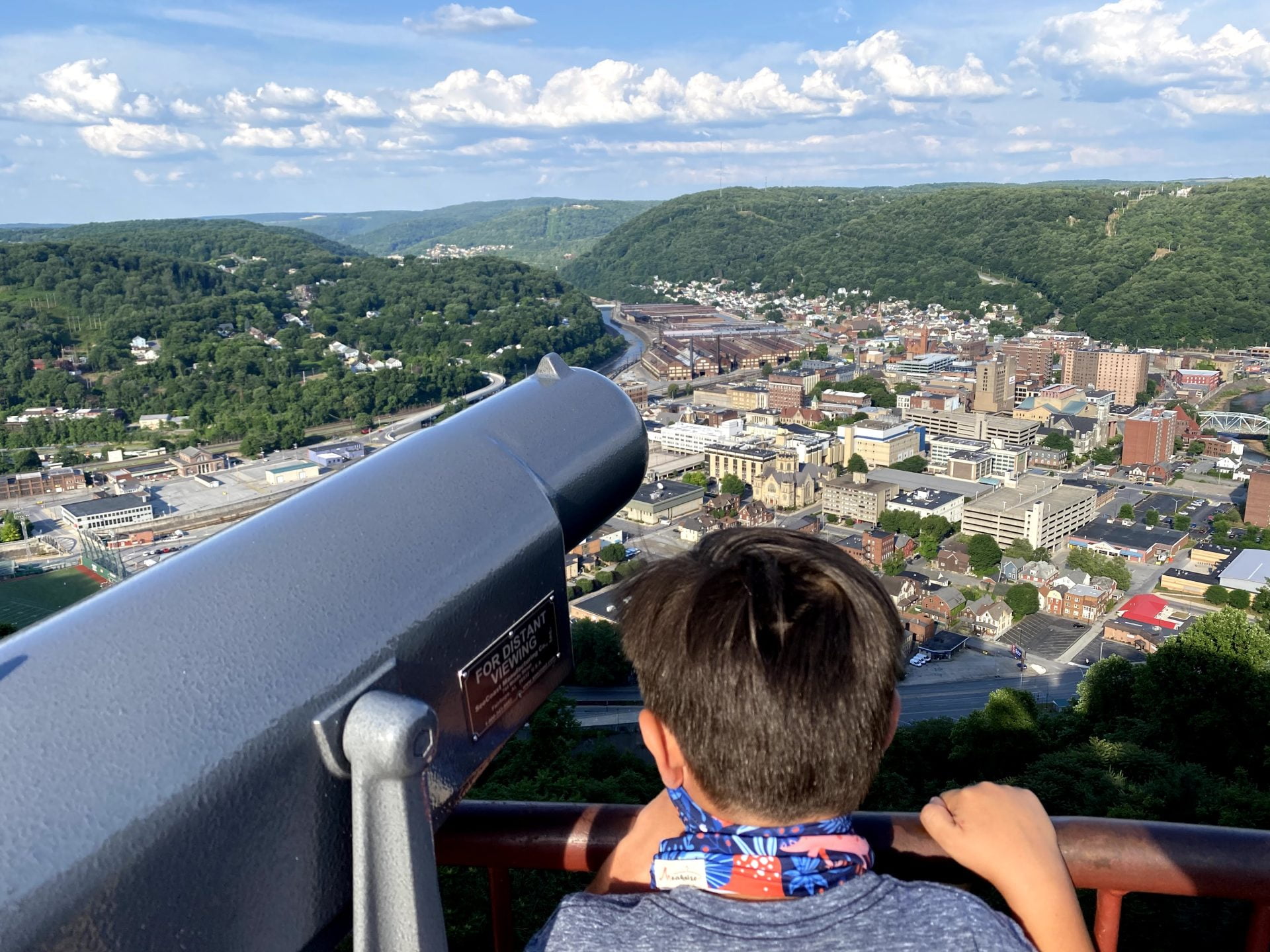 CFA has been a longtime proponent and funder of placemaking projects for their potential as economic drivers and as a means to improve quality of life for residents who call our region home.

Two local projects highlight the importance of that approach and the power of partnerships: the developing amenities at Roxbury Park, the largest in the City of Johnstown, and efforts to make the Inclined Plane hillside and connecting waterways and trails a valuable, exciting, and multifaceted attraction.

This past year, many of the efforts that have long been underway—in some cases for 10 years or more—began to come to fruition. At Roxbury Park, where CFA has awarded grants totaling more than $100,000 to various partners since 2006, local leaders and the city moved ahead with bidding out the much-anticipated Roxbury Park hockey rink resurfacing project. CFA’s direct grantmaking for park improvements included over $45,000 to the Roxbury Bandshell Preservation Alliance and $88,500 to the city: $77,500 for restoration of the hockey rink, $6,000 for tennis court lighting, and $5,000 for baseball field backstops. Over the years, the CONCEPT Playground Distribution Fund, managed at CFA, supported construction of an integrated playground at the park, which creates opportunities for children of all abilities and development to enjoy the space. That fund raised more than $109,000 through grassroots efforts as well as support from local organizations and nonprofits. The city also has received an additional $60,000 from a CFA fund to complete the Roxbury Playground project.

Through seed funding, grantmaking, building connections, and helping to secure state and federal funding, CFA also has served as a key supporter of developments on Johnstown’s Inclined Plane hillside. This year, the Foundation gathered 17 partners on the local, state, and federal level to highlight extensive progress on the hillside, which most recently includes: progress on plans for Sliver Park at the base of the Inclined Plane, including boat and fishing access; continued development of the popular Inclined
Plane Mountain Biking Trail System; a planned Coconut Place Trailhead to provide access to bicycle trails from the city’s Kernville neighborhood; additional connections to larger trail systems; and funding for a long-awaited remediation plan for the Stonycreek River Discharge.

That’s all in addition to a multimillion dollar structural and mechanical rehabilitation for the hillside’s key visual and historical feature—a linchpin for the broader development plans and a project that has received $257,000 in grant funding from CFA.

Responding to Current and Future NeedsSomerset County: A Legacy of Caring