You are here: Home / News / Creative Revival in Memory of Jessie Gordon 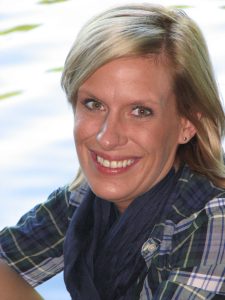 When you glance at Jessie Gordon’s Facebook page, it’s tough to remember she’s gone. Friends still post hellos and memories, all of them hinting at Jessie’s joy for life. That joy persists. Jessie was of Scottish decent and bore a Highlander’s spirit.

Jessie Sutherland Gordon’s death has become a cautionary tale of domestic violence. Her parents are making sure it grows into more than that. Brad and Laura Gordon created The Jessie Tree Fund, in partnership with the CFA, to support the arts in Cambria County and the surrounding region. “Jessie loved the Laurel Mountains. She never wanted to leave,” says Laura. “She was creative and loved the arts.”

Jessie grew up on stage, in the theater, singing, acting, and dancing her way through childhood. Her parents founded the Band of Brothers Shakespeare Company when Jessie was just 7-years old. The all-volunteer acting company was a central part of her upbringing. “She had to be there all the time because we were there,” says Laura. “She was in her first play when she was 7. She played Lord Macduff’s daughter (in Macbeth) and she loved it because she got to scream.”

Growing up with Shakespeare inspired a life rich with creative and performing arts. Jessie was drawn to everything and everybody, and while a student at Westmont High School, she did it all. She painted, she played violin, she trained in ballet and modern dance, and she was selected to Pennsylvania’s Honor Chorus during her senior year. She also played sports – basketball, soccer, track, cheerleading – and lead Westmont Hilltop teams into competitions as “the Spirit of Westmont.” She carried those passions through Radford University, where she distinguished herself in Sports Journalism, and into adulthood.

What those who love her will remember most, is Jessie’s glow. “She always saw the good in people,” says her dad. “She had a smile that healed.” Jessie’s parents believe that healing power is what this region needs, and The Jessie Tree can be a force for resuscitation through the arts. It’s something Laura, who recently retired following 40 years of teaching, has seen again and again. “What helps a person more than the arts? I have seen with my own eyes kids who have taken to the stage; it transforms them. Art touches people in ways that nothing else can.”

Through the arts, dignity and grace can turn a barren landscape fruitful again. Through its different branches, the arts translates the human existence to the core of the heart beat. The arts bring together people from different backgrounds and generations, connecting to the central muse in each of us that must be lit and kindled. The Jessie Tree evokes these ideas intentionally.

Literally and figuratively, The Jessie Tree Fund supports the circle of life, by supporting the arts that express life’s deepest secrets. Her parents call it “something permanent that restores something old.” From this fund, Johnstown’s beauty and spirit will rejuvenate, creating a living grandeur to unite past, present, and future generations.

Click here to celebrate Jessie’s passion for the arts, and support the arts in our communities.