You are here: Home / Bedford Gives / Helping the Heroes 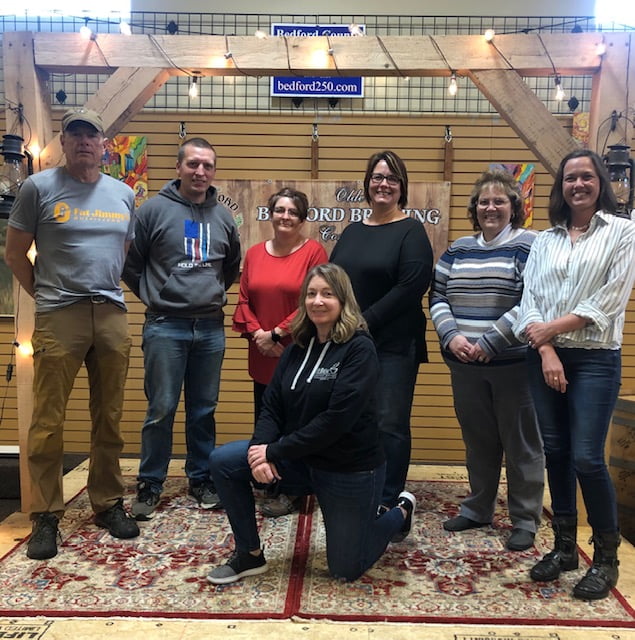 After two years working in Bedford County, Michael Whelan has realized a few things about his neighbors—most notably, that they’re always willing to lend a hand and they take care of one another.

“It’s a small town atmosphere, but we have big hearts,” he said.

His line of work also lends itself to taking care of the community in important ways, but there aren’t always enough resources to take care of those who respond in an emergency when they find themselves in a trying financial situation, he said.

Now he’s doing something about it. Through the Bedford County Heroes Fund at Community Foundation for the Alleghenies, Whelan and a group of volunteers plan to raise money to support those working in emergency services who may be facing hardship. That includes responders who are volunteers, such as those who serve as firefighters, as well as police and EMS responders.

The idea stemmed from a similar effort in Westmoreland County. Whelan, a Greensburg native, remembers his father’s dedication to volunteer firefighting and his grandfather’s involvement in his community in Erie through the Knights of Columbus.

“They always had a sense of giving back,” he said. “For firefighters, EMS, and police officers who work in Bedford County, this is a group designed to assist them. Being a police officer and from my military experience, I know this is one team, one fight.”

Already, T-shirt sales are underway at the fund’s Facebook page, and a “battle of the badges” basketball game fundraiser is set for 6 p.m. June 12 at Chestnut Ridge High School. Watch the fund’s Facebook page or cfalleghenies.org/events for additional details on the game as they become available. This fall, they are hoping to organize a first annual “Viking of the Valley” event with bands and entertainment on or around Sept. 11.

Whelan, whose wife, Allison, is a small business owner, said he’s looking forward to getting local shops and businesses involved, too.

“After discussing this in the community, I hoped we could go out and do this as a group,” he said. “When we respond, it’s often the worst day in a person’s life. Who’s there for these people’s worst days? In Bedford County, residents look out for each other. This is another way we can do that.”